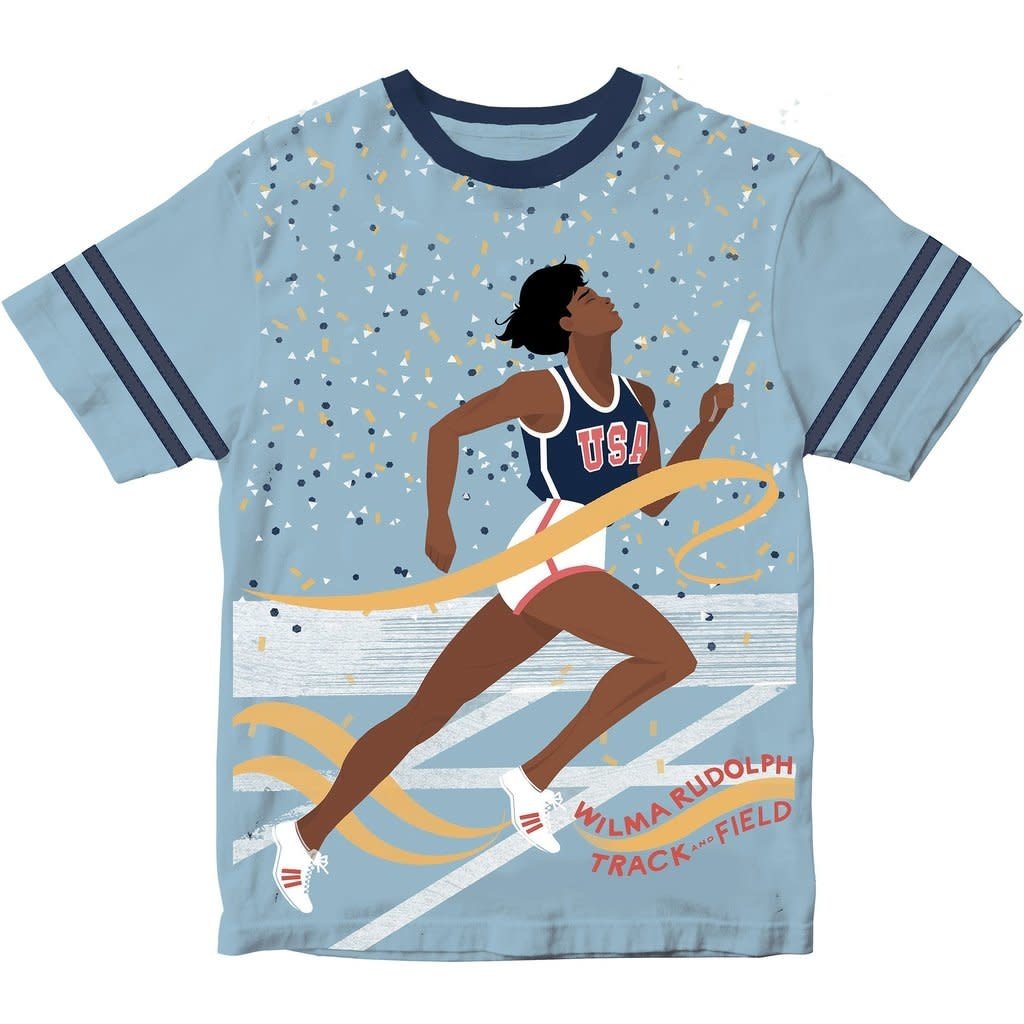 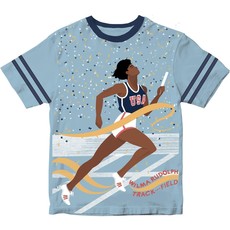 In honor of Wilma Rudolph Piccolina created this exclusive children's short sleeve tee with contrast sleeve stripes illustrated by artist Erin Robinson. This 100% cotton tee features a portrait of the track and field icon and is the perfect way for your Piccolina to celebrate her inner love for sports.

Despite enduring many health issues throughout her childhood, Wilma Rudolph became the first American woman to win three gold medals in track and field at a single Olympic Games. Rudolph was born prematurely in 1940 and had many health issues early in her childhood. At one point, Rudolph’s doctors even told her she would never walk as the result of issues with one of her legs. Yet, with great determination, physical therapy, and the support of her mother she was able to overcome her disabilities. Nicknamed "Skeeter" for her infamous speed, Rudolph was the youngest member of the U.S. track and field team and won a bronze medal in the 400-meter relay during the 1956 Olympic Games in Australia. During the 1960 Olympic Games in Italy, Rudolph broke the Olympic record in the 200-meter dash, claiming a gold medal. She was also a part of the U.S. team that established the world record in the 400-meter relay. After Rudolph retired, she went on to teach, coach and run a community center.

Not Happy With Your Purchase? We Have A 30 Day Return Policy!

Ship your items back to the store or stop by during business hours. Don't forget your receipt!
Have questions? Chat with an expert now
Add to wishlist / Add to compare
Sign up for our newsletter