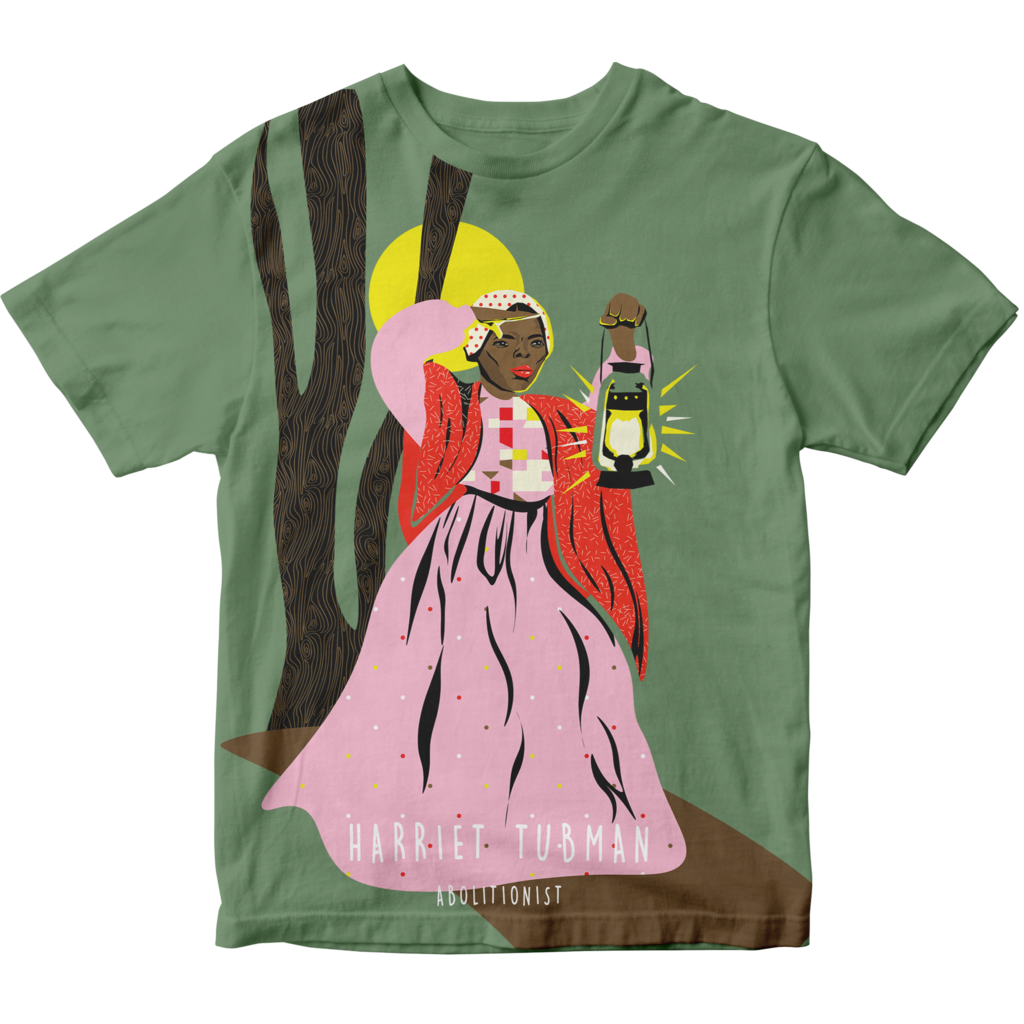 In honor of Harriet Tubman we have created this exclusive short sleeve tee illustrated by artist Monica Ahanonu. This 100% cotton tee features a portrait of the abolitionist and activist and is the perfect way for your Piccolina to celebrate her inner leader.

Harriet Tubman was an American abolitionist and political activist. Born into slavery, Tubman escaped and led hundreds of enslaved people to freedom, including family and friends, using the network of antislavery activists and safe houses known as the Underground Railroad. During the American Civil War, she served as an armed scout and spy for the Union Army. In her later years, Tubman was an activist in the struggle for women's suffrage and became known as an icon of courage and freedom.